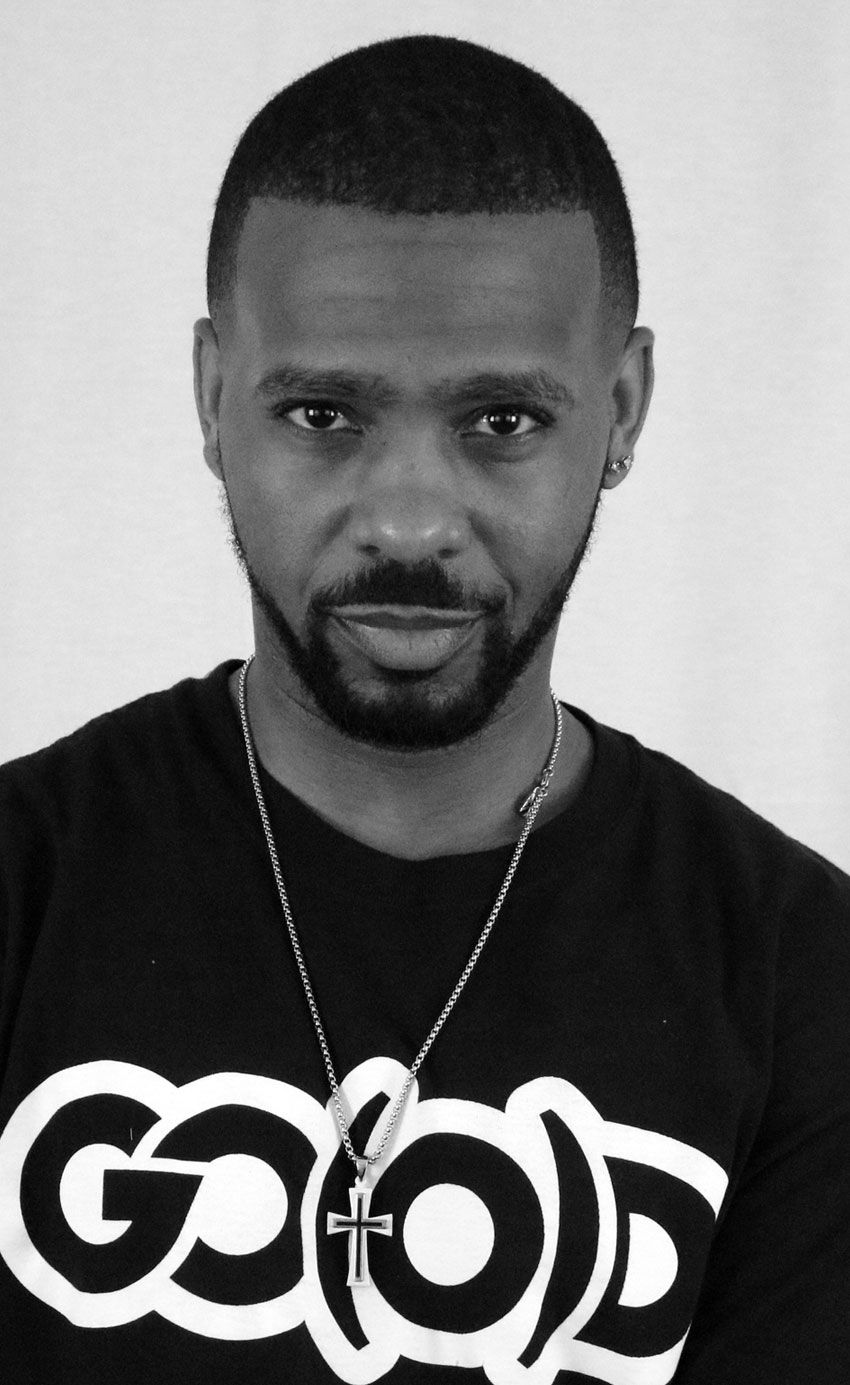 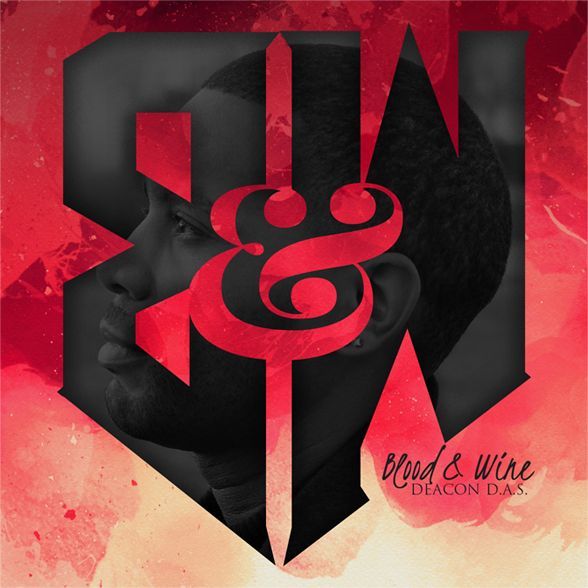 “A PERSON OFTEN MEETS HIS DESTINY ON THE ROAD HE TOOK TO AVOID IT.”

Demetrius A. Springer, also known as Deacon D.A.S., is an independent Christian rapper, producer and speaker. He is the president, owner and founder of the Deacon Board Studios.

To date, he has released two full-length studio albums, an EP and a mix tape as a solo artist. Additionally, he has released a studio album and an EP as one of the members of the rap group, Anthum”. Deacon was also a prominent feature artist on Beyond Life Music Ministries mix tape,” Knightz of the Gospel”. He released much of his work with the help of the Cincinnati based record label, “Ain't Yo Average Music” although he was never formally signed to the company.

Deacon made his debut as a Christian rapper on the 2004 release Lesun presents “The Message volume 2: More than a Radio Show”. The Message was a series of mix tapes from the Cincinnati, Ohio community radio station 88.3FM WAIF and was used to promote its weekly show entitled, “It's the Message”. Both the radio show and the mix tapes created a major avenue to promote Christian rap and Christian rappers throughout the Ohio Valley and Midwest region. Many prominent artists from the area such as k-Drama, Theory Hazit, D-MAUB and Kaleb Starr among others were introduced to the masses with the help of this vehicle. Deacon was no exception to this as he became a protégé of the Cincinnati Christian rap scene. He had his coming of age moment on the 2006 release, ”The Message” volume 3 Mix LP in which he appeared on three songs. The most notable of these songs was the classic track "Amber Alert" alongside Lesun, Roman, Chozen, Soulja K and J-Reign, a group of emcees who would become known as “Anthum”.

In fall of 2006, Deacon released his first project, an EP titled "DeaConstruction: Destroy and Rebuild." This nine song project showcased his talent as a solo artist and wordsmith. Deaconstruction was well received by both Christian rap fans and non-Christian rap fans alike and was praised for its versatile sound in production, upperclass lyricism and overall message. DeaConstruction attained solid success as a independent release on the back of its 2 popular singles, "Bringin' That Fire"( the k-Drama produced banger) and "Searchin' 4 Love" featuring Matthew Bracey produced by Joshua James. Both singles, though contrasting in style, displayed the polished gift that Deacon possessed as an artist. "Bringin' That Fire" being the more aggressive southern stlye song and "Searchin' 4 Love" a classic hip-hop track that displayed Deacon's skill as a story teller and these songs help to propel him to the forefront of the Cincinnati rap scene.

As a member of the group Anthum, Deacon released a group-titled EP in January of 2007. The Anthum EP was acclaimed by Rapzilla.com's, Philip Rood for it's "fiery lyrics, dope beats, and catchy hooks, but also for its 'in yo ear' truth." The project only furthered the exposure for Deacon D.A.S. as an artist. Following the release of the Anthum EP and the positive feedback that it garnered, the group immediately began recording for the full-length studio album "Reset" but due to undisclosed reasons the album was shelved midway through production. This setback created an opportunity for Deacon to move full-steam ahead as a solo artist and that he did, releasing one of the rare jewels in the Christian Rap genre, his first full-length album title "Losin' My Religion" in March 2009.

Although still relatively an unknown to populous, he began recording "Losin' My Religion" in late 2007. Deacon was bright on the radar of Christian Rap heads by the time of its release. He received high praise and excellent reviews for the album from many of the major Holy Hip-hop outlets. Elder P. of DaSouth.com wrote that Deacon's debut album was "the perfect vehicle to introduce this lyrical phenomenon to the masses" and also a "Near flawless effort... the best independent Christian debut." On the strength of the single, "Spiritual Awakening", (which featured production from Dove Award nominee ,Tony Stone and lyrics from k-Drama formally of Cross Movement records) Deacon's star rose. It was the title track, "Losin' My Religion" that cemented his star in place. Called the quintessential Christian rap song and it remains one rare jewels in all of the genre. "Deacon brings it heavy on 'Losin' My Religion'. This is the epitome of a title track. I can picture what Deacon is saying as he spits in vivid detail on this song over a sample of 'Bow Down and Worship Him.' Deacon speaks on the importance of having a true relationship with the Lord and how it can become blurred with things we do religiously. I wish I could quote the whole first verse of this song but I digress. I love this joint!" - Elder P. “

The buzz surrounding Deacon grew at an accelerated pace following the release of "Losin' My Religion". This created more opportunities for Deacon to travel, minister and collaborate with other artists. In 2010, Deacon accepted a position of Youth Pastor at his home church and also opened the doors to his recording studio, The Deacon Board. These things provided Deacon with avenues to grow spiritually and build others. While the demand for Deacon to release more music became pressing from his fan base, their cry didn't fall on death ears. In 2011, he released not one but two solo projects, a mix tape "Under the Sinfluence" and his sophomore album "Triumphant" respectfully. The first of which being a free promotional project that again brought great reviews and a new level of success with over 10,000 downloads between three major HHH sites to date (not including secondary sites and hardcopies). This increased audience helped farther Deacon's reach as an independent artist the old fashion way, word of mouth. This also increased the anticipation for his sophomore album "Triumphant."

The album "Triumphant" served as a victory cry for Deacon and fellow believers in Christ alike. The lead single "Thy Will be Done" displayed all of the elements of the emcee that made Christian Hip-Hop fans fall in love with him. The song was personal but relatable while Deacon lyrically weaved words together like few lyricists could dream of doing. Although "Triumphant" was relatively a success as Deacon's best-selling album and hosted his best selling single ". It critically received mixed reviews. While again getting praise for his word play and comparisons to some hip-hop legends, Deacon also received criticism for the overall tone of the album that differed from his first. Some reviewers championed the album as progress and other called out Deacon for having more of a commercial sound than his previous efforts. With all things considered "Triumphant" was a positive for the artist.

After working behind the scenes engineering several songs and projects for different artists in the region, Deacon would once again find his way to the microphone. In 2013, the group,” Anthum” resumed their work on the group album and released "Reset" in May of the same year.

In 2014 Deacon D.A.S. released a FREE promotional project entitled "Thru the Dust" which received great critical success. "Thru the Dust" prepared the way for his 3rd full-length album "Otherworldly" which released June 2015.